How to Look at Nitrogen More Carefully

A pound of nitrogen is not a pound of nitrogen in how a crop responds to what we apply throughout the season whether pre-plant all the way to post pollination.  One particular form of N will give a different response completely different than another form, ammonia vs nitrate nitrogen.  I have been reading up on nitrogen consumption by the  way organic growers like to apply and then the commercial applications of urea or ammonium nitrate as 32 percent.  Plant physiologists are describing that there is the most premium way and what is the least effective methodology as to what portion of photosynthetic energy is used to convert the N source.

Well all of this peaked my interest to dive in deeper.  The best of all worlds for the plant is for the plant root system to absorb amino acids and proteins directly from what the soil microbial population leave as they interact and then die on the surface of the root or directly adjacent to the root epidermis.  Not only the nitrogen but the metabolites in the microbial one-celled bodies furnish antibiotics to help the root fight off disease and maybe even insect predators.

As I continued in my quest; I read what John Kempf wrote in one of his latest blogs some amazing information; “Increasing Nitrogen Use Efficiency” February 8, 2020.  For me an eye-opening experience for which I am grateful of.  His studies and findings have come to a hierarchy of what form(s) N is absorbed best, second, third and so on. I thought after all these years I had a fair handle on nitrogen sources.  So in the previpous paragraph I described the premium pathway for N to be absorbed and utilized.  Think for a minute on what would be the next best?  Do not just throw something out there right away, give it some thought.  Please do not think this is a dollar for dollar issue or organic versus commercial products discussion.  Far too often growers drive on the wrong country road to say I need pounds of N, just get me the cheapest method or least costing material and I will go further down the yield path. Uffda!  Please that is not what this is about.  A troubling thought there, being cheap with the major nutrient has limited so many folks over the last 65 years of agriculture.  Many scientists have described the 4-R’s of nutrient management, starting with the Right Product…. man oh man if we just would use the right products I have a wild dream of what might happen to American crop production.  Several research papers I read (>36) and studied within the last 6 years have time in and time out stated that urea forms of N, especially controlled release urea (CRU) products are very efficiently absorbed by crops with adequate soil moisture during the last 50 days of the crops life before senescence.  This is in agreement with what John Kempf suggested in his blog.

Is it so that the least efficient form of N for crops is nitrate?  I said hmmmmmm!  For years and years throughout my agronomic career NO3-N has been touted as the form of nitrogen that a corn plant does best on.  So why is that not so?  Kempf states, plants use a significant amount of the photosynthetic energy to convert nitrate to amino acids and proteins.  For the conversion in the plant root it appears there is more energy required to convert NO3 into the root cells because of transport pumps and needed water.  But then I ask, is not maize (corn) preferential to nitrate as the form of N?  Maybe this can help; Marschner in “Mineral Nutrition of Higher Plants” (1995) wrote that the higher carbon demand for ammonium uptake in roots, compared with nitrate-fed plants is associated with higher oxygen consumption in roots. Accordingly, plant growth, particularly root growth, is poor in ammonium-fed plants when both root zone temperature and ammonium concentration are high. Ammonium is taken up better in cooler soil temperatures.  The suitability of ammonium for achieving high growth rates and yield therefore depends on root zone temperature plus other factors which determine carbohydrate supply to the roots (e.g. light intensity). Nitrate is a storage form in plants with no necessity to be assimilated in the roots, although it has to be reduced before assimilation which is an energy demanding process.

Let us keep going… Marschner offers that it takes right at 3X more water to convert nitrate to amino acids as compared to ammonium conversion to amino acids. Interesting?  Because hundreds of millions of bacteria can live on the root surfaces existing off of the secretions and excretions to eat carbon and use N to convert the rich carbon sources in the soil organic matter and the exudates.  In turn the microbes die and release amino acids, peptides and proteins directly to the roots – their life cycle does very quickly in the manner of minutes to hours.  It is becoming better known that microbial forms of N are not leachable therefore more available even when water is in low quantity in the soil.

I will keep seeking this subject for you to be informed.  So as of now applying nitrogen is more readily availabe in liquid 32-0-0, liquid 28-0-0 or liquid urea 21-0-0.  In lower organic matter level soils it is very wise to add stimulants for the microbiology to rapidly consume and aid the conversion process along. 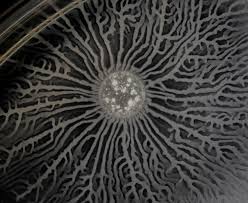 PrevPreviousAn Ontario Canada Discussion, Strip Till and Placing Fertilizer – Is it Shanks or Coulters ?
NextWhat’s all the Hubbaloo with Cover Crops as a Magic Elixer?Next
WordPress Appliance - Powered by TurnKey Linux