Improving Soil Health – More of what it can mean to You!

Without apologies I believe we can continue to discuss that what we promote with Strip-Tillage in United States row crop farming is helpful and sustainable.  There are those that may disagree, that is fine and cross their arms across their chests in a harumpf style and shake their heads no.  In today’s agriculture I would ask all to consider a few thoughts and have a open mind for 10 minutes.

I ask what do we carry out a tillage operation for?  Is it for getting rid of every ounce of left over residue from the previous crops because that is what daddy and granddaddy before him did?  Is it because it is unsightly?  Is it because I have to have all residue off the soil surface or I cannot irrigate?  Is because my soils set up like a rock if I don’t?  Reason for that with too much tillage.  I need to bury the weed seeds from the weed explosion I had last season?  My goodness I can repeat reasons and more reasons or should we say excuses for wanting to be out on the tractor.  It has been told to me by tens and twenty’s of growers at any one time they are not deemed to be farmin’ unless they are on a tractor – oh what a wrong perception of a farmer.  Those thoughts of why folks do broad acre tillage and many times in one season make little sense in row crop farming even on nearly flat fields.

Soil Health means you take care of the soil physical properties as well as the chemical and biological.  But some are focusing only on the bio side.  Hey I understand that the biological is very important and has implications of fertility, disease-wise, soil temperatures, water holding in the surface few inches and down into the sub-surface, organic matter improvements and more.  But being a scientist of the physical bent I would like to turn your eyes and head to consider for a bit to the physical side.  Now I am not  choosing sides here folks.  All three major facets of the soil resource – chemical, biological and physical are valued highly and mean a great deal in the realm of Soil Health.  Can anyone of us truly impact pore space without first offering a less resistant soil matrix early in the life of a row crop (corn, sorghum, soybeans, sunflowers, dry edible beans, sugar cane, cotton) to offer to the plant a medium in the first 40 days of life?  Some will argue till their face turn somewhat blue.  With strip till we disrupt the soil condition with a movement of the soils that does not roll, tumble, and smash the soils which quickly degrades soil micro and macroaggregates into mush.  We are tilling soils to make a good quality seedbed, a strip that will allow roots to expand and grow downward with gravitational pull ( a true constant in the universe).  We disrupt lateral settling which layers silt and clay particles to form lenses up to 1 inch thick in the upper portions of the soil profile in one season, [much like what you can see in the image to the left.]  Too much hoof action across the soil surface when fall-winter grazing stalks can be the cause.  Applications of water via irrigation or big rain events (>2 inches) that settle out at the end of the wetting front time after time will do something similar, especially in silty textured soils.  This can happen in sandier textured soils also, have seen this in the Sandhills of Nebraska, Kansas, Colorado, Oklahoma and Texas.  The effect will slow water movement dramatically and can affect early root development if not dealt with properly.  Now that does not mean get the subsoil toolbar out and go to ripping stuff up and burning gallons of diesel guys and gals.

In the image above with the hard pan, you can take note of the vertical cracks and soil structure which allows for downward flow of water and root growth.  The location of the hardpan slows water and root movement  almost exponentially.  Water will impact the surface soil above it in several manners; 1) when it supersaturates the soil above it to 125-140% of its water holding capacity the soil becomes like a gel.  More large rain drops act like miniature quakes and settle out silts right on top of the existing pan.  This adds a very thin layer (usually less than 1/16th of an inch thick) which are likes thin leaves stacked in alternate direction atop one another – making water movement downward very tortuous.  Bad news!

So what’s the big deal?  To inform you that this kind of a soil health issue is problematic for water movement, root development, root uptake of water and nutrients, soil living organisms to eat, breathe and populate.  Roots do not do well, plant development suffers – especially row crops.  If the soil textures are clayey (>35% clay) and these conditions persist a grower has problems.

So it takes a little bit of digging, seeking out what is going on in your fields, being cautious when tillage operations are accomplished to avoid the start of a hardpan.  Another bit of evidence that tillage has been excessive is the crusting effects like in the image to the right.  This is a fine example of soils becoming jelly-like and then slowly water evaporates away leaving these soil conditions of the near surface.  Not a good thing at all.

Leaving last years residues on the ground surface can nearly eliminate this soil condition.  As we leave a portion of the field untouched with a Strip-Till rig we leave the old root channels in place to become stabilized, allow worms to move up-down and laterally, other insects to have their homes not destroyed, old roots to dissolve and leave organic compounds behind is all part of adding to the improvement of soil health.  We influence vertical water movement with the Strip Till action as well as lateral movement of water into the area where no tillage tool ran to fill that part of the soil reservoir which aids the crops potential and root uptake.

All of this is the kind of conversation I love to illustrate at soil pit demonstrations that we at Orthman like to get involved with.  We team up with our dealerships, partners in the Seed Business and even fertilizer partners to get into fields and present the case for better tillage practices as well as the issue of Soil Health. 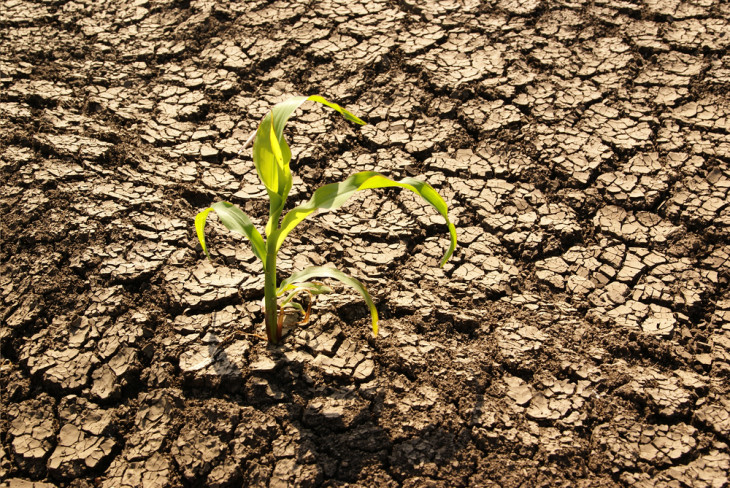 PrevPreviousJodi DeJong-Hughes and Dr. Biegler (both of Univ.Minn) tell of Strip-Till Benefits
Next2019 Planting Season Is Upon UsNext
WordPress Appliance - Powered by TurnKey Linux