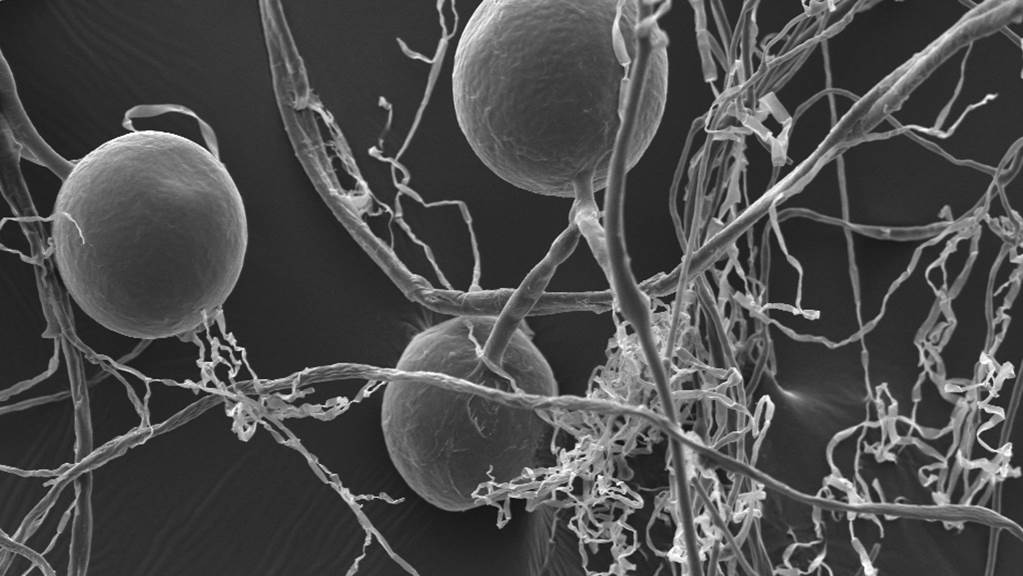 I have been reading some very interesting documents (so many of you do not have to put hip waders on to read the Journals) involved with rhizosphere interactions between fungi, microbes, roots and plant benefits.  This is stuff directly from the electron microscope level of detail ladies and gentlemen, but fascinating all the same and eye opening to what transpires on the surface of the rooted crops we all try to grow.  It is my wish to help many of you garner an understanding that the aerobic fungi are sincerely vital to nutrient uptake, root health, water uptake and carbohydrate (which includes sugars) flow within the plants.  I offer a few real nuggets (8) to store in a net of neurons inside your head…

VAM spores and hyphae — Spores are attracted to specific exudates from the host roots. Spores then will infect the host and live symbiotically and aid in propagating the fungus to live again and again.                       Courtesy: Researchgate.net

– Of the thousands (over 4500 species have been identified by rRNA gene identification processes) of bacteria that grow in soils, scientists have had much difficulty to grow on laboratory media; much due to the mutualistic relationships with one species to another, age of the plant root, soil temperatures changing throughout the season and the differing plant species that extend roots (weeds versus target crop).

– Early on in a crops life, specific bacterial communities excel and then as the life of the plant-root grows, temperatures increase the bacteria can degrade and consume more complex substrates such as complex proteins, and sugars.

– Mycorrhizal fungi are great protectors of bacterial pathogens that cause root and subsequent above ground shoot diseases – they develop antibiotics, can out-compete infection sites by providing barrier protection to the root.

– The mycelial or hyphae network can link plants of the same and yes, different species and transfer C compounds back and forth – sharing and donating the goods so to speak.

– Mycorrhizae attract certain bacteria to the root/host and join forces to benefit the plant – invasive species (weeds) can and do negatively effect symbiotic fungal relationships to the target crop being grown.

– Mycorrhizal fungi aid in maintaining a barrier/network around the root in highly saline and alkali soils, protecting from desiccation and injury due to salts.

– Fungal species that are symbiotic to maize for instance are truly due to the composition and release of certain exudates from those maize roots, which attract and aid in multiplying the fungi infection and spore production for future plant-roots.

– Root exudates are estimated to be 2 to 10 percent of the total fixed carbon for an individual plant – mycologists say this is not a negative loss of carbon for the plant/crop.

I could add at least 15 other facts to store in your heads, but for now these may suffice.This last image below is how a network of fungal hyphae can aid, protect and share goodies as I mentioned in items 1 &  4 (above) to facilitate nutrient uptake between a forage sorghum and flax.  Intercropping does work and this provides factual concepts why it does make differences in crop growth, the secrets of the soil biome is just fantastic folks. 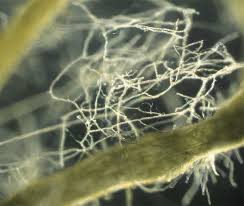 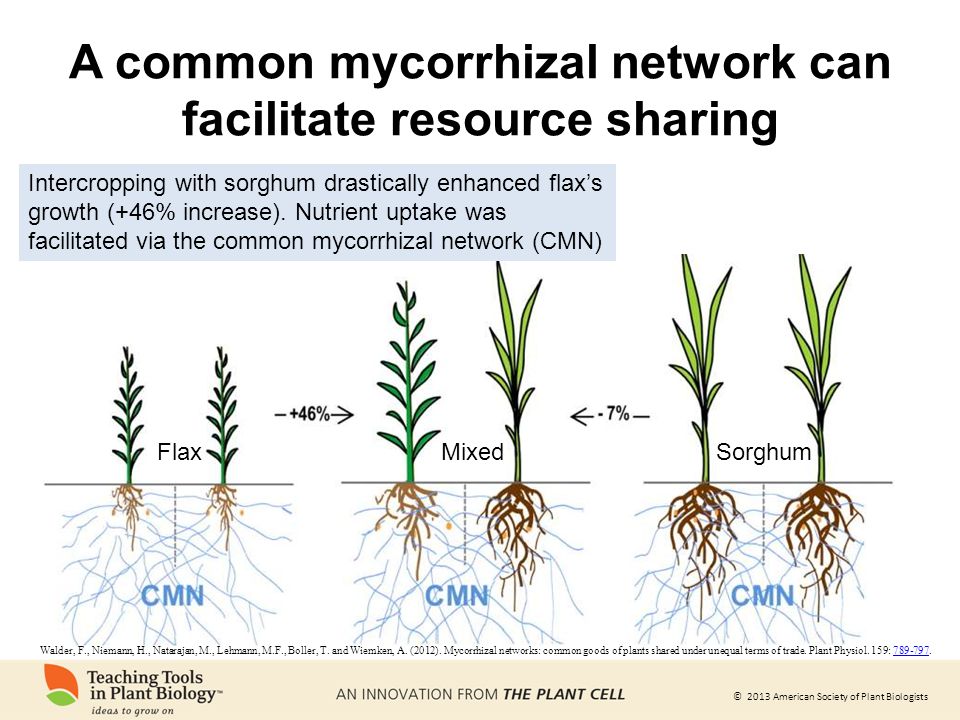