Why from the soilsview we see vertical disruption of compaction important 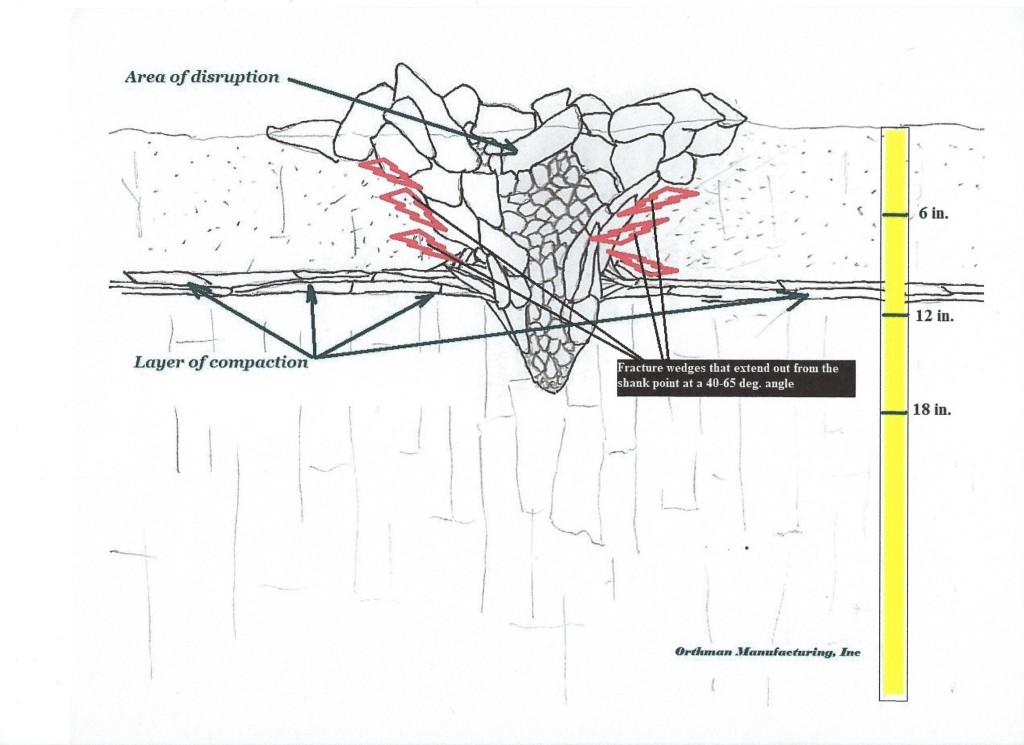 The two images: Heavy residue and me digging to expose the compaction alleviation effects of the 1tRIPr were done in the fall before all field conditions went south.

As a soil scientist and investigator of “the dirt”, I have studied, poked, prodded, dug shallow to down deep to really get the view of why we see vertical tillage with a shank tool do the job to disrupt and remediate soil compaction.  Let me help you get your head wrapped around what must happen to alleviate soil compaction in the upper 11 inches of the soils on your farms.

First, we drive over the soils in a horizontal fashion, whether tractor, trucks, heavily loaded grain carts, big combines, tractor and disk tools (even those VT machines) that can and do insert compaction unless it is bone dry.  Common occurrences for some of you, we bring out the disk or field finisher to dry out the soil – a smear, sliding action with a vibrating down pressure that breaks down soils to smaller units and squeezes the soil making a lateral thin zone of soil particles like pages of paper stacked on top of one another.  Heavy carts or truck such as during silage harvest, push big forces of pressure downward to where that energy is dissipated squeezing pores and oxygen out making the density of the soil at that depth (let’s say it is 9 inches below the soil surface), at that depth roots encounter resistance to moving downward or water slows to a near stop to move down.  Root growth for many of our row crops are impeded when they encounter 140 psi of resistance and greater.  Early in the life of a corn plant for instance, the seedling root  system does not have much strength, power to extend away from the seed. When it encounters dense soils at the 4 inch depth and that zone of resistance is 2 inches thick – wow that baby plant is in for a work out.  The plant has a finite amount of energy apportioned to its growth potential at the root tips to grow downward by the pull of gravity.  When stopped or slowed to a crawl, the plant cannot not adequately sustain its need for water and nutrients such as phosphorus, zinc, manganese and iron (all needed in the first 15-20 days after emergence). Immediately energy levels drop and the plant resorts to falling off its potential.

Figure 2. This graphic depicts the action of the Orthman 1tRIPr implement. Soil compaction is pervasive in many, many fields in the U.S. and causes yield losses, retards downward water penetration, soil surface runoff issues. The “red bolts” that extend upward and out from the shank away from the tillzone crack the soils minimizing ‘potted soil effects’.

So a tool that works to fracture, shatter and have a up and out at near 45 degrees of zig-zag ripple effect (towards the soil surface) into adjoining area of soil space on either side of the shank. It does not explode the soil and cause it to heave and roll out soil material, that will not really help change compacted soils. Whoa, do not go to “I need to get a subsoiling ripper tool to tear, rip, snort, explode soils from stem to stern”, that is not what I am advocating. We want you to be controlled and do this in a specific zone for the new coming to be planted crop.  That is exactly what the Orthman tool is designed to do.

The 1tRIPr is set to go right under the bottom of the compacted layer(s) then pulled at 4 to 5.5mph to lift, fracture and ripple the zone in a tapered U shaped zone.  The open end of the U is right where a grower will follow with his/her planter.  We do not want to cause a sidewall smear alongside the shank or at the underneath side of the point.  We ask folks to check their soil moisture content at the depth the tool needs to be run.  Best moisture conditions are when you can just ball the soil in your hand, toss up 8-12 inches and catch it and it breaks, it is time to go to work.  That is 35-50% moisture depleted of field capacity.  When too wet the job you are wanting to accomplish will not be quite as effective. 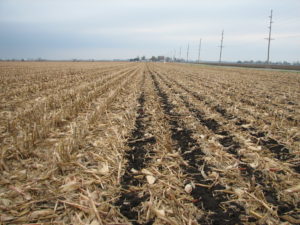 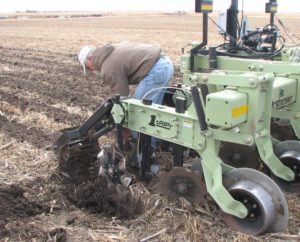 PrevPreviousOrthman continues to lead the way in Precision Tillage
NextWinter officially arrived. What is the condition of your fields?Next
WordPress Appliance - Powered by TurnKey Linux