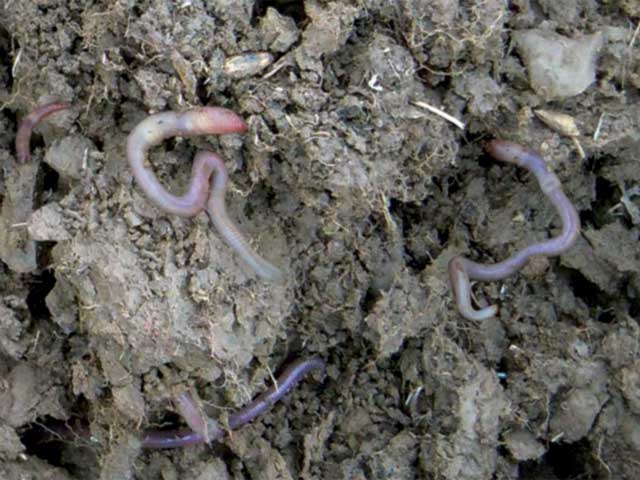 Good news folks! Some of the earliest farmers, on the terraces of Egypt, used oxen and a gouging plank to turn the soil. This ancient method moved across the globe and has been harsh on soils to the point of wars and starving people for 1000s of years. Luckily for all of us, modern day tillage methods can reduce inversion tillage to what we advocate with strip-till. Today’s grower uses methods that are good for our earth:

Less carbon loss to the atmosphere

No dislodging of silt and clay particles

Conservation tillage allows earthworms to live longer and rejuvenate their population, and micro-invertebrates such as orbit mites, springtails, and others can live and thrive on crop aftermath chewing and digesting the material for microbes to use and release organic forms of N-P-K and more. In fact, the ‘bodily functions’ of earthworms can release up to 17 pounds of N per acre per year – and that ‘product’ costs the growers nothing! At $1 per lb of applied N, that’s $1,360 on an 80 acre field, and those critters are quietly donating it to the cause!

Adding organic carbon to the soil for a much slower breakdown, whether that organic carbon is crop aftermath, manure, or growing growing green crops, is and can be part of the smarter way to raise crops. The bugs that live in and on the soil will generate fantastic benefits which growers have taken for granted. Unfortunately, ‘old’ farming practices greatly reduce these benefits, simply because the grower just doesn’t know any better. Putting these modern methods and tillage practices into play puts the farmer into a true soil husbandry mode – managing those creatures to thrive and eat the harmful Protozoa, nematodes (candy for earthworms!), and allow microbes to change toxins from harsh chemicals to inert by-products will surely be the outcome of methods of strip-tillage and Direct Seeding (AKA No-Till). More abundant microbial life offers fungi to grow which are complimentary to living plants and they work together to enrich soils.

We are strong advocates of giving growers the right information about soils, minimizing tillage for the seedbed and immediate root zone, helping growers know where to place nutrients for premium crop growth with improved yield potential, live in harmony with their soils ecosystem, reduce erosional losses and so much more. The old way of burying trash with conventional tillage methods has few positives except fulfilling the notion that it looks better clean. Appearances are quite deceiving, and we in the soil sciences are observing differently.